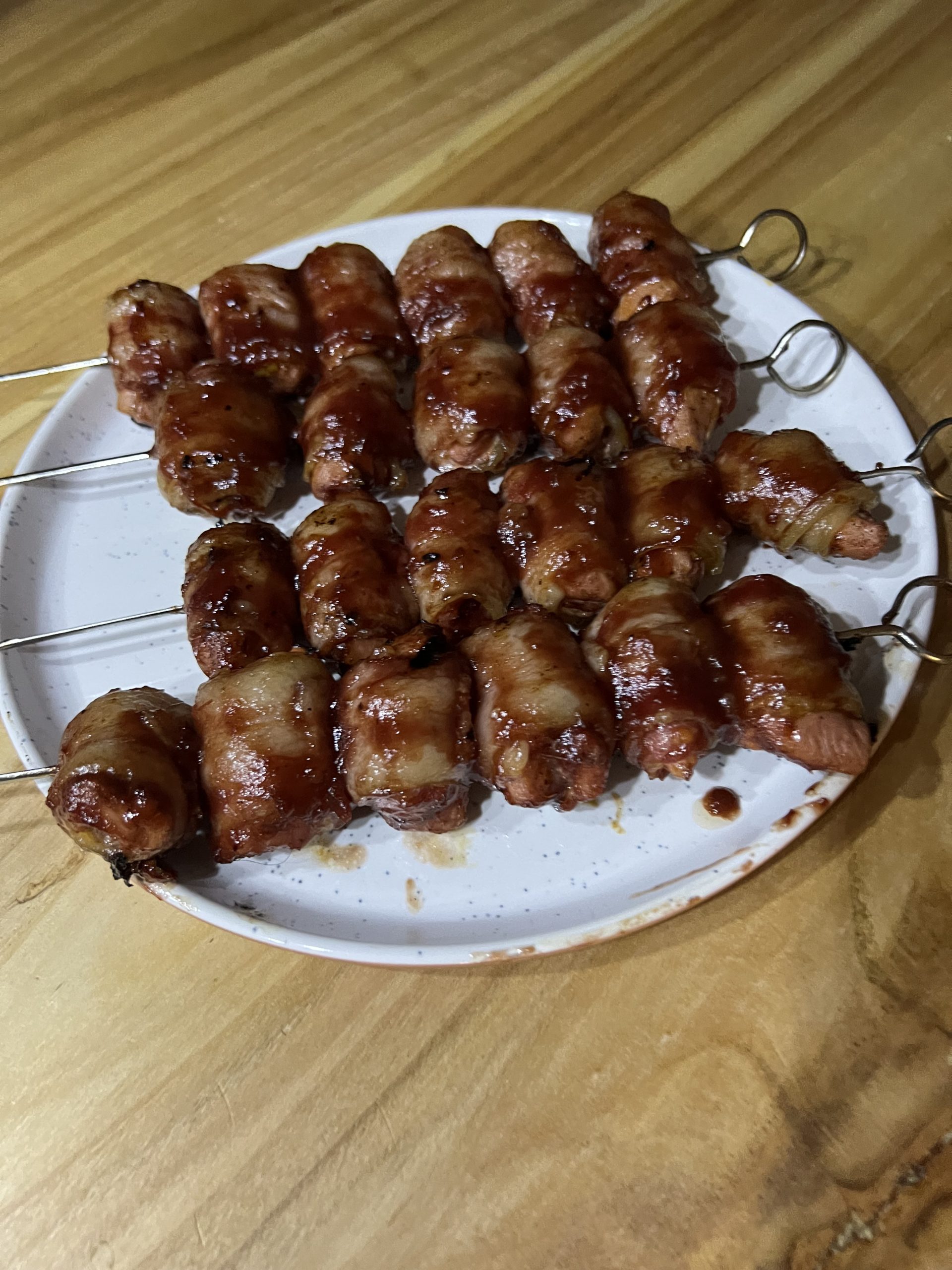 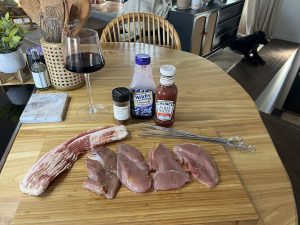 What do you do after you have finished your hunt!?? You make Broken Arrow BBQ Bird Bites of course!! I used a Traeger pellet grill to make mine, but you can use any sort of grill or even roast them in an oven!

Ingredients: 4 pheasant breasts, 1 lb of bacon, season all, grape jelly, and chili sauce. I’m not a brand snob, but I will tell you what I used just in case you want to replicate exactly. One reason I like cooking over baking is that recipes for cooking are much more forgiving than baking recipes. Cooks can sub in pretty much anything to cater to a particular taste. As for me, I have a sweet tooth. I used maple bacon, an all-purpose seasoning blend from Savory Spice in Ft Collins, CO, Welch’s Natural Concord Grape spread, and Heinz Chili Sauce. If you’ve ever been to a super bowl party, you’ve probably had a fan favorite crock pot dish called Beanie Weenies…. this is that same magical secret sauce.

Step 1: Cut the pheasant breasts into cubes and cut the bacon strips in half as shown.

Step 2: Season the pheasant cubes with all-purpose seasoning to taste.

Step 3: Place pheasant on an end of the bacon strip and roll. Place bacon wrapped cube onto a skewer. (you can also make individual tooth pick skewers or place seam side down on a baking rack) Repeat until all cubes are wrapped with bacon and skewered. I was able to get 6 bites per skewer. I didn’t want to pack them on too tight to make sure all sides get browned.

Step 4: Let seasoning cure on meat while you preheat your pellet grill filled with mesquite wood pellets to 225 degrees. I set at the highest possible temp to still have the ability to use the “super smoke” feature on my specific grill. 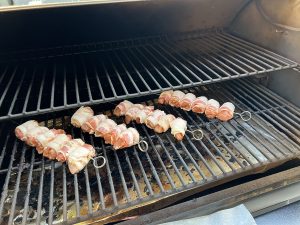 Step 6: In a small bowl, mix a 1/4 cup of grape jelly with 1/4 cup chili sauce. We’ll call this the beanie weenie sauce.

Step 7: Cancel super smoke and increase grill temp to 350 degrees. Using a brush, baste your skewered bites with the beanie weenie sauce, flip and baste the other side.

Step 9: (Optional) If you want additional sauce for dipping, you can combine the remaining grape jelly and chili sauce in a sauce pan and heat on a stove top, stirring constantly to prevent scorching, until thickened.

These are just as good warmed up the next day…. or you could grill them up and drop ’em in a crock pot to keep warm so you can impress your friends at your next neighborhood pot-luck or tailgate party! Mmmmmmmmmmmmmm, so good!!!